5 Essential Waves Plugins for a New Engineer for under $100! 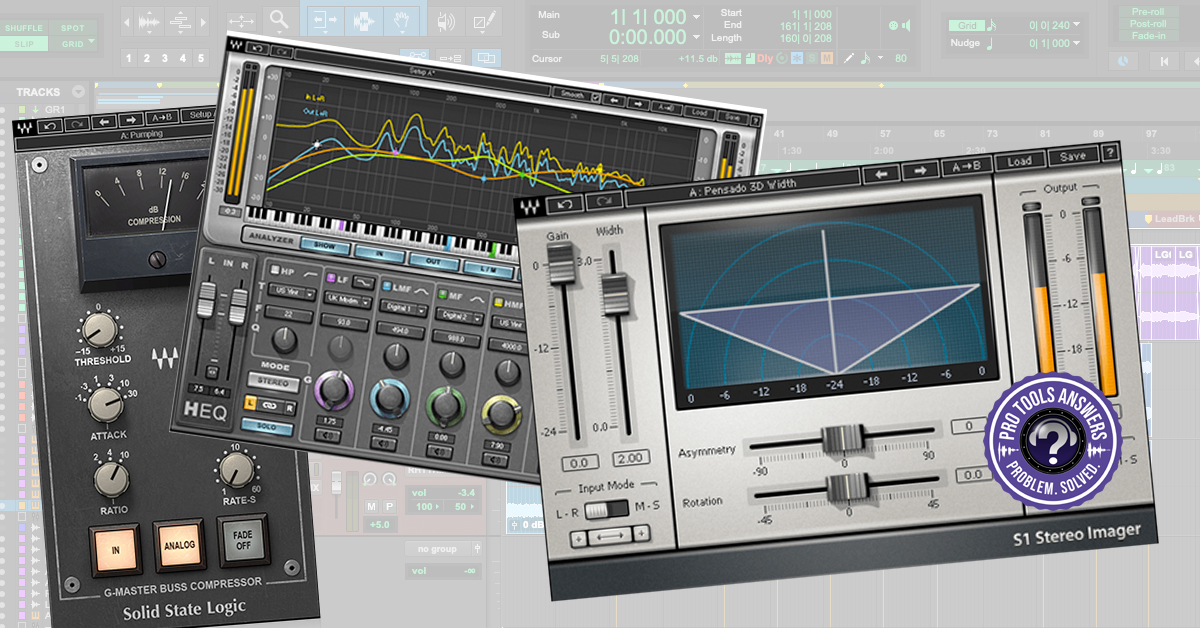 When you’re first learning about audio engineering and mixing (yes – any time you open up a DAW to make and mix music, you’re an audio engineer!), the wealth of plugin effects can be overwhelming. One of the big pieces of advice for new engineers when they ask about ‘compression’ or ‘eq’ , for example, is “learn the stock plugins first”. And that’s generally good advice.

But there are 3 inherant errors here.

1. The stock plugins actually don’t add anything to your music. Engineers choose plugins because of the way that they sound – not just what their core function is.
2. The stock plugins aren’t neccesserily the prettiest to look at!
3. We always want to upgrade quickly and use stuff that ‘pros’ use!

Waves have been a staple of the music industry for a very very long time and their plugins will be heard on thousands of records produced in the last 20 odd years. So they’re worth considering.

But also – because they’ve been around so long, their library is becoming a little long in the tooth and they’re using the tried and tested approach of ‘DISCOUNT’ to keep users buying their software.

And this is brilliant for new users because you can get some killer plugs that will make good replacements for your stock plugins, allow you to use industry standard stuff and also benefit from learning how these things work at the same time!

So let’s see what we can get for $100 (taking into account current discounts – which are likely to be often repeated!)

The SSL buss compressor is a model of a compressor found on a G-Series SSL Console. And if you like your gear – you’ll know that this is big deal.

What makes this SSL Compressor a good choice is it’s ease of use, the fact that it contains controls you should become familiar with and it sounds great.

The Threshold controls the level at which the compressor reacts to the signal, and from there forward how much gain reduction is applied. You’ll find one of these controls on most compressors.

The Attack and Release controls determine how fast the compressor reacts to signal and returns to 0. Not all compressors have these, and you have much more control of over the tone of your signal with them.

The ratio controls how much compression is applied and the fact that it includes just 3 options can make it less daunting. 2:1 is light compression and suitable for 2-buss, kick, drum group and strings, 4:1 is suitable for vocals, guitar and snare and 10:1 will be for more aggressive signals such as drums and bass.

As a replacement for the stock compressor – it’s a highly recommended plugin for new users and will be one that continues with you on your music production journey.

The H EQ (Hybrid EQ) is a huge upgrade to the stock EQ plugin and hugely powerful.

The 7 band EQ provides you seven bands of sculpting that provide you with essential frequency, bandwidth (Q) and Gain controls for each band.

The spectrum analyser allows you visual feedback on your signal so that those with untrained ears can visually see which frequencies could use some control.

Beyond that, and into the more complex workflows, it provides an MS mode, soloing for each of the parametric bands, a keyboard visual so that you can see which frequencies relate to which notes and some analog tricks as well.

A highly capable plugin that’s a step up from the stock EQ that came with your DAW.

For a long time, the L2 considered THE limiter to have to make your mixes LOUD!!!

Limiters are so great for making punchy instruments and mixes and, for $36, the L2 would be a great investment.

It’s as simple as limiting needs to be. The Out control determines the absolute peak ceiling of the programme audio, ensuring that the signal doesn’t exceed 0dB on your main outputs.

The Threshold control – similar to on a compressor – determines the level at which your Limiter starts to ‘limit’ the signal, and pushing it further does pushes more signal into the ceiling and thus increases the signal amplitude for loudness and ‘oompf’.

The release control determines how quickly the limiter returns to it’s zero state with can affect the tone of the output material and and metering qives you a clue when you’re using too much!

So what should my FREE PLUGINS be???

If you buy these three today, you’d qualify for the “Spend $90 and get 2 FREE plugins” offer. If this has expired – don’t worry… Waves is usually run some sort of BOGOF offer!

What should your other 2 free plugins be?

My first recommendation would be the “Scheps “Omni Channel“.

This is an all in one channel strip that covers the entire signal chain in one plugin, just like large format consoles. Stick it on Insert A / 1 and you’re away.
It includes a “Pre amp” stage for adding some nice harmonic to the incoming signal (coming from ‘tape’), filters, EQ, DeEsser, Compressor, Gate, MS monitoring and Limiter… it’s highly capable.

You don’t get the visual feedback that you’d be used to with the other, or the more modern, plugins – but this can also be an advantage because you’re forced into using your ears.

Secondly, I’d recommend the S1 Stereo Imager – which is a stereo imaging plugin that adds width, space and depth to your you overall mix. Compared to the stock Stereo imaging plugins, this one sounds lovely and is incredibly simple to use.

The EQ, Compressor and Limiter are the bread and butter foundations of a good quality, and well balanced, mix. Waves have lots of other effects and plugins that claim to make mixing ‘easy’ (such as Vocal Rider) but – and from an educators point of view – they don’t tend to teach you anything. The choices above contain key elements of the core functions of the units whilst also having some historical pedigree and sound quality to them. 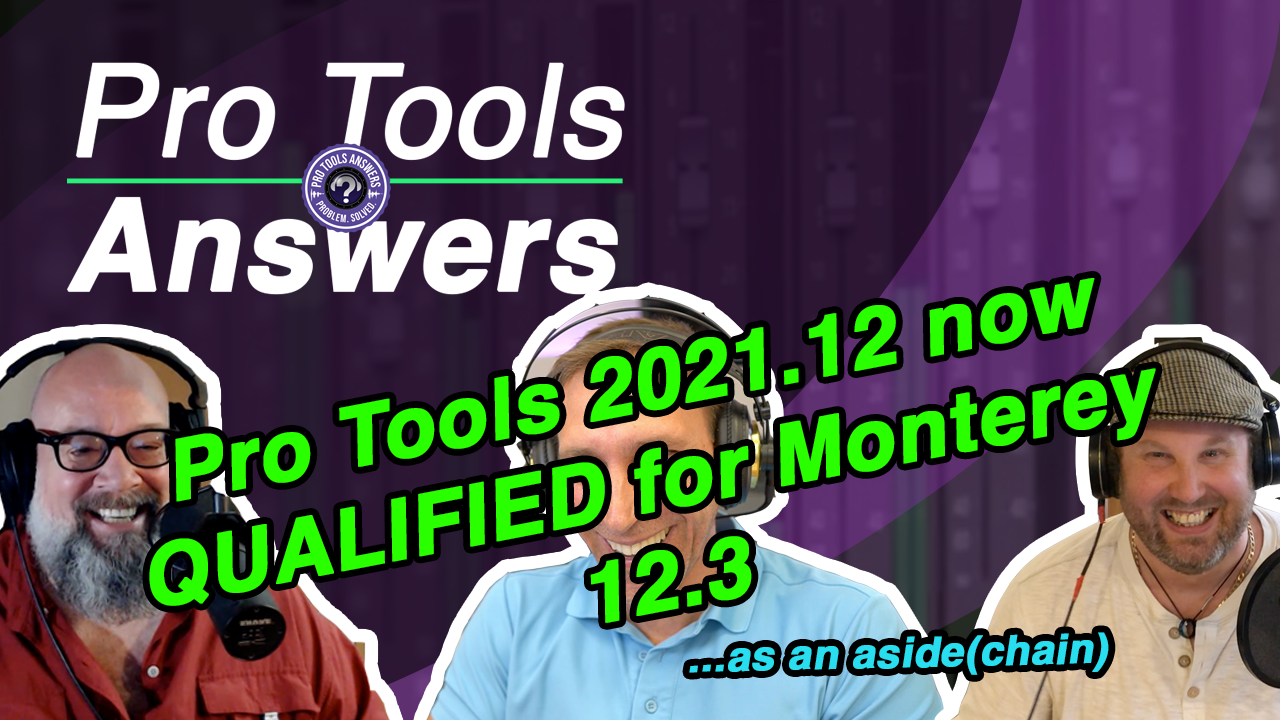